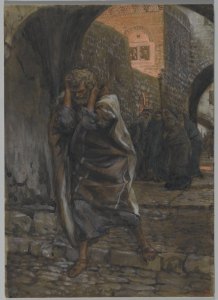 A few weeks earlier, Peter had stood outside the courtyard of the high priest, weeping bitterly. He had disowned Jesus not once, not twice, but three times, just as Jesus had predicted. Peter was filled with grief when he realized what he had done: despite the fact that he had vowed to stand by Jesus in every possible trial, despite his complete devotion, he had buckled at the first bit of pressure and cast aside the One who meant everything to him.

We might imagine that we would defend our faith in any circumstance, but when those situations actually arise, often our discomfort leads us to hide our true colors and pretend that we are just another face in the crowd, not a follower of Christ. There’s a fine line between trying not to force our faith upon others and hiding it altogether, and it can be all too easy amid a secular environment to act as though we are ashamed of our relationship with Jesus. 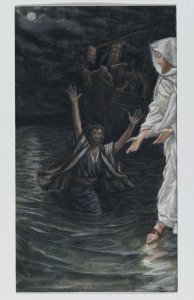 Yes, there will be consequences for defending Christ. But there are worse consequences for denying Him. We can’t allow the possible reactions of others to distance us from the Source of all joy and love, as though their approval were the real key to our happiness. And in fact, we might be surprised at others’ openness to our faith—it might end up being a point of connection between us.

Chances are, at one point or another we’re going to mess this up. We’re going to drop the ball when presented with opportunities to witness to our faith, and we’re going to hide our light under a bushel basket out of fear. But Peter shows us that this, too, can be a path to grace. When we realize our shortcomings and failures, we can follow the way of Peter, the way of humility. We can begin to understand that we will never be able to carry out our grandiose plans on our own, that we are truly dependent upon Jesus for everything. 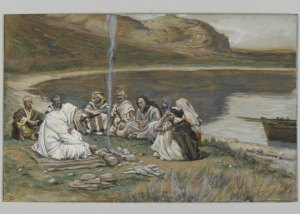 Our God is a God of second chances. How tender Jesus was to Peter, to grant him this moment: He set the scene over again, with a charcoal fire burning just as there was in the courtyard of the high priest, and asked Peter three times, “Do you love me?” And three times, Peter was able to reply, “Yes, Lord, you know that I love you.” He was given a second chance, a do-over of the worst mistake he’d ever made. Jesus saw Peter’s sorrow and contrition, and in His mercy He stepped in to restore the relationship. Not only that, but He entrusted the Church to Peter as the first pope. He cast Peter’s sins as far as the east is from the west, giving him a fresh start. He does this for us, too. No matter how badly we’ve messed up, he will give us another chance if we’re willing to try again—and, this time, to call upon His help to guide us.

Erin is a writer, editor, cradle Catholic, and incurable daydreamer. By day she works in book publishing; by night she teaches catechism to middle schoolers, volunteers with the Sisters of Life, watches every video of the Notre Dame marching band in existence, and becomes way too invested in March Madness. She has been involved with the Frassati Fellowship since moving to NYC in 2014. View all posts by Erin